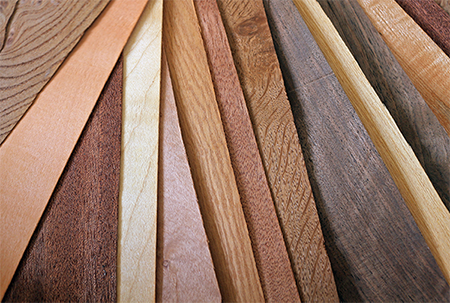 Mainly in peeling operation seen direct after the sheets are peeled.

ad 1) The cutting gap between knife and pressure bar is not straight/parallel. Customer has to check the gap in total length and adjust the set-up.
ad 2) Take out the knife and regrind in maintenance room. If the thickness variety is not too big after hand grinding then the TKM Refreshment-Kit can be useful to have a more equal cutting edge.
ad 3) Check and maintain / repair the regrinding machine, if needed. TKM can support you in this case.

Do you want to access our solutions catalog while on the road? No problem, download the free TKM Group Solution App now:

Do you need further information?

We could not clarify your individual request, or you have a question concerning another topic?

You can also send us your message using the following contact form.